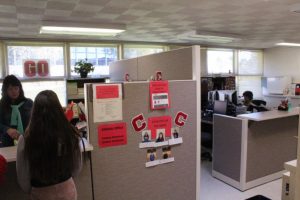 If parents or former students come on the Carmel High campus, they may need more than Google Maps because the app will just keep recalculating.

After years of talk about renovation of the Carmel High School administrative office and the physical relocation of multiple CHS office staff mid-year, it is still unknown whether a full-scale renovation will take place.

“Currently, the district is facilitating what they’re calling a master facilities planning process,” principal Rick Lopez says. “So there’s a lot of conversation about where we want to go as a district.”

Originally, a plan was announced to staff in 2016 that an all-new administration building was going to be built over the summer, and even the principal packed up his stuff before the start of summer, but the plan has since been put off.

“There is going to be another number of months or years before a lot of this comes to fruition,” Lopez says.

For now, the administration is attempting to make the most out of its space by moving employees around.

“The move of office folks has been an attempt to maximize space,” Lopez says.

“Our office situation wasn’t ideal,” Anderson says. “It was like a tiny hallway, and there were two different windows to go to. Lot of students had to process paperwork at one of them, and it kind of backed up.”

What prompted the series of moves?

“There were other staff members that needed office space that were going to be moved,” Anderson says, “so I think this just became the solution that kind of solved a couple of the things at the same time.”

“I think it’s going to take a little bit of time before all the students know exactly where to go, but we’ll get there,” Fausti says.

Some students are still struggling to locate Fausti in her new location.

“It took me five minutes to find her when I needed a Chromebook charger,” junior Caue Marques says, “just to find out they no longer give them out.”

If a student does have an issue with a Chromebook or needs help with their tech, Fausti is currently situated inside the main office next to the nurse’s office.

“I did ask if there was a space that could be an office for me just because it is sometimes difficult to get more of the teaching side of my tasks done,” Seita says.

Seita also commented on the talk of renovation for the administrative building: “I know that they had a consultant out for facilities last week, so I know they’re in the works of maybe putting together a master plan for the district.”

Seita was not the only CHS employee to request a change in venue. Lisa Jones, secretary to the assistant principals, says, “I requested the move, as it would put me closer to both assistant principals that I work with daily.” Jones now is situated in the athletic director’s former office.

While plans and timelines are still unknown for a renovation of the administrative building, the school is making do of the current office situation.

California’s state of affairs leaves little to write home about

Trump’s presidency impacts the next generation of workers

Inside the bag ban: paper, plastic or none of the...

The American people’s triumph over tragedy 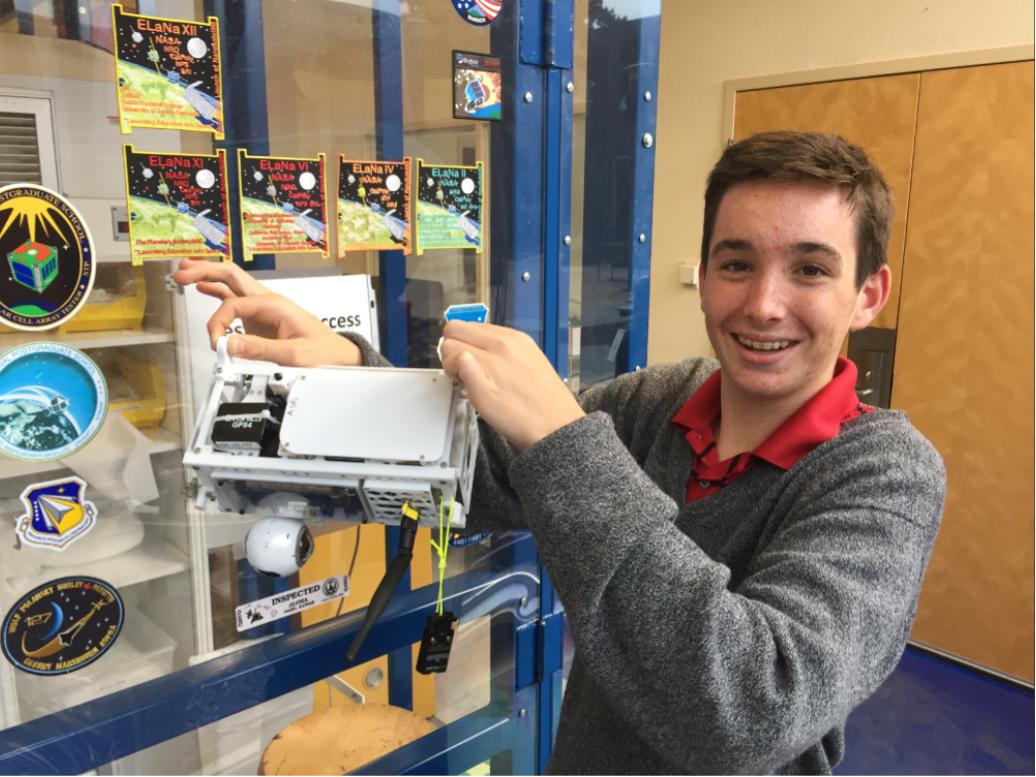