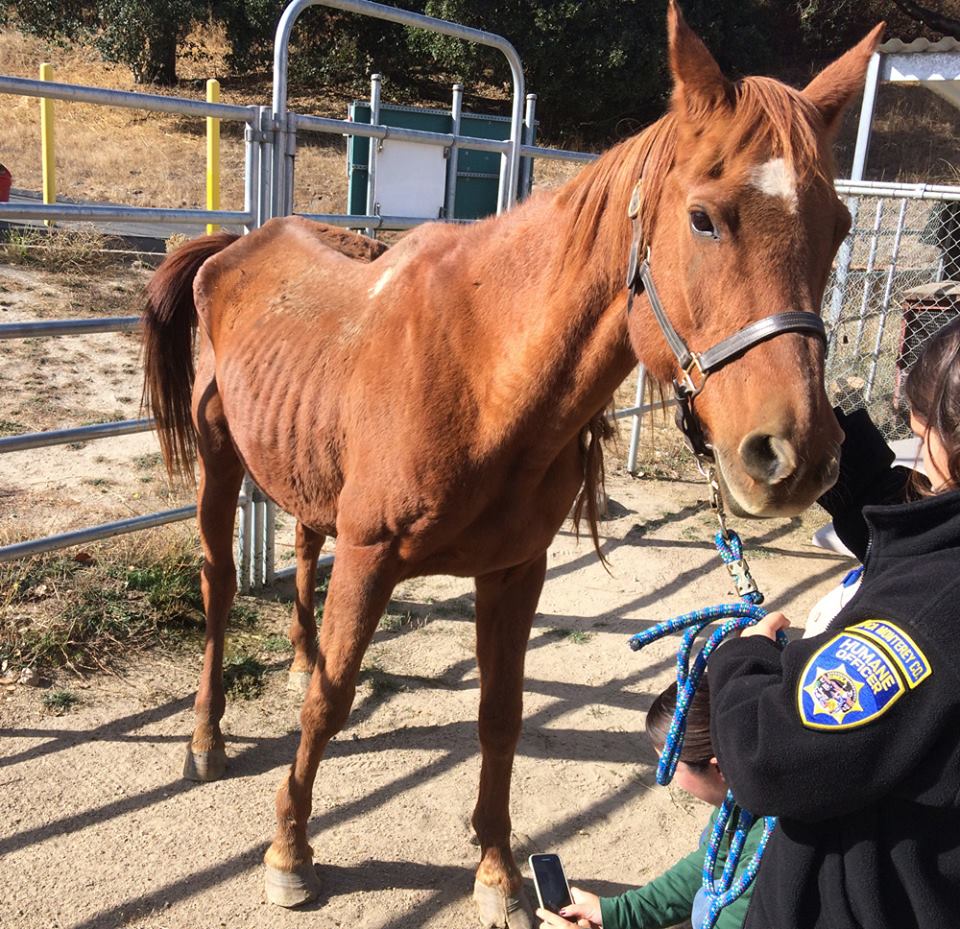 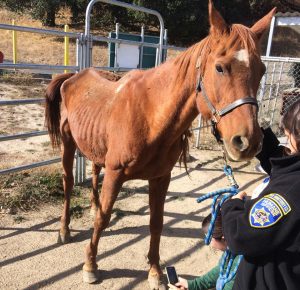 The SPCA for Monterey County rescued this neglected and emaciated mare after it was abandoned near Sill Road in Royal Oaks in early October. Courtesy of SPCA FOR MONTEREY COUNTY.

It is certainly not uncommon for Monterey County residents to own pets. In fact, if there is one local trend common throughout Monterey County, it is the companion-friendly nature of the area.

Yet while Carmel itself appears to be loving of its animals, there is a largely unseen faction of animals who face lives of abuse from their Monterey County owners. Last year, the Society for the Prevention of Cruelty to Animals for Monterey County rescued 1,253 animals from cases of neglect and abuse by their owners. This statistic averages out to be roughly three to four animals in the county rescued from neglect and abuse per day.

Andreia Castellanos, a humane officer with the SPCA for Monterey County, shares that in certain cases the animals are extremely injured, starving or even deceased.

“A lot of the cases [the SPCA has] usually turn out to be something education-based, where people don’t realize that they are doing something wrong, such as housing issues that need to be fixed,” Castellanos explains. “But at least once a month, there is an actual case of cruelty which has led the animal to be seriously harmed or even die…and this is at minimum once per month. There are sometimes more.”

Dog evaluation/behavior specialist Sandy Benzor of the Animal Friends Rescue Project recalls a recent case in which an owner left various species of animal companions in a van in a parking lot for a week.

“Somebody left an RV in a Kmart parking lot in Salinas and went on vacation,” Benzor illustrates. “Some worker must have called in, reporting that there were dogs barking in the RV, and it had been parked there for a week. We found two dogs in the main part of the RV, two little dogs lying in the bathroom, and a cage with two chickens. One of the little dogs in the bathroom had a damaged eye, and the other eye he was able to keep, but the dogs must have been fighting in there for whatever resource, probably [water or food].”

Benzor explains that neglect is the most common form of abuse, although there are other kinds of abuse the AFRP sees.

“There was [a case of hoarding] in Soledad where there were 18 dogs in the house, and they weren’t Chihuahuas, either,” Castellanos says. “They were pit bull-lab mixes, so it was a lot of large dogs.”

Horses, however, tend to be neglected by being underfed or overfed. As a result, not every horse is able to be successfully rescued and readopted.

“Unfortunately, with the horses we get—because they didn’t have the greatest start, or at least before we got them, they weren’t being cared for when we got them—not all of them can be ridden or they need some training,” Castellanos explains. “If people don’t feed horses correctly…their muscles become so distorted that they won’t ever go back right, and so the horses are always in pain. Those horses are unfortunately euthanized.”

Some damages these companions suffer are not physical, but mental and emotional, as not all animals are able to easily enter shelters or homes after abuse. In these extreme cases, euthanasia is considered an option for animals that simply cannot get over these psychological damages.

“A lot of these animals that we bring in are incredibly under-socialized,” Castellanos points out. “They are so afraid of everything, and they are so aggressive due to their fear of life in general. They are so psychologically damaged that there would be no way that we would be able to fix and help this animal realize that we aren’t there to hurt them and that we want them to feel better and enter a new home. They’ve just been so psychologically damaged that they unfortunately would stay in that constant state of fear for everything if we kept them alive.”

The Humane Society of the United States claims that 70.1 percent of abused animals are dogs, far and away the most commonly reported animal. The Humane Society also states that cats and horses are the second and third most common animals, respectively. This statistic is mostly in line with Monterey County, though Castellanos reports that dogs and horses are most commonly abused locally with cats being far less common.

Many rescued animals are able to be successfully re-homed and cared for.

Kris Boudreau, the operations supervisor of the Animal Friends Rescue Project, states that the AFRP often sees dogs get adopted into loving homes.

“Thankfully, we get to see the end product of these dogs,” Boudreau says. “When we come in, we help with the rehabilitation and recovery of [the dogs]. We can work with them and get them the medical help they need so that they can be adopted.”

“Sometimes, we get some dogs who come from horrible situations, and then they go live in Pebble Beach or Carmel,” the behavior specialist recounts. “It’s hard not to get jaded toward [abusive owners], but I just remember that there are good people, and those good people are the people that adopt these dogs or donate to help them.”

Castellanos says that horses do have a harder time being rehomed because they are a larger commitment than dogs are.

“To me, horses are like really big highly-strung dogs,” the humane office says. “Sometimes re-homing them can be very difficult because they are big animals and it is a lot to take on.”

She also adds that these nervous horses and highly energetic dogs are often the animals that take the longest to adopt out, but it is just a matter of finding the right person who wants to make the commitment to be patient with these companions. 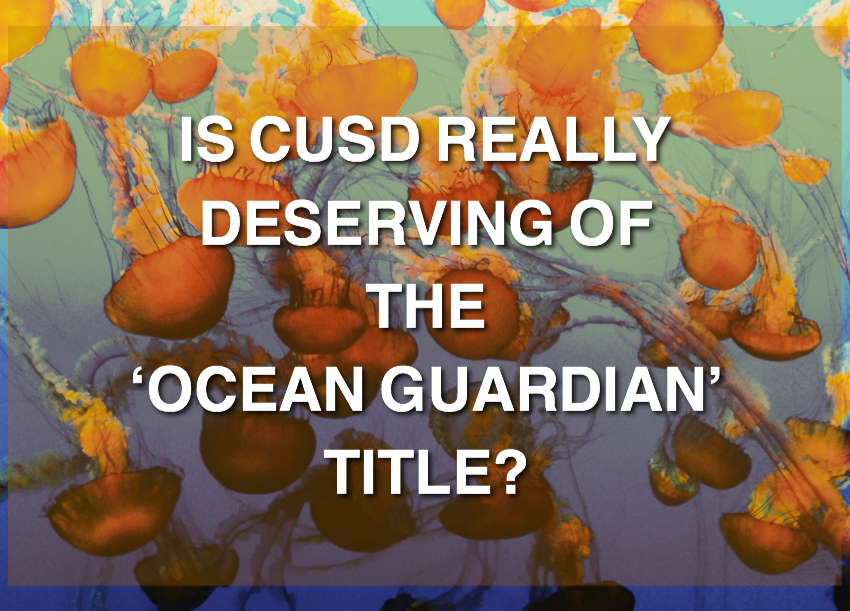 Is CUSD really deserving of the ‘Ocean Guardian’ title?

Go read a book: How screens are negatively rewiring... 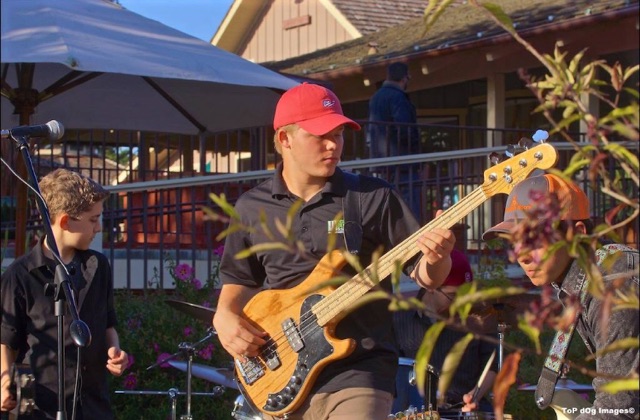 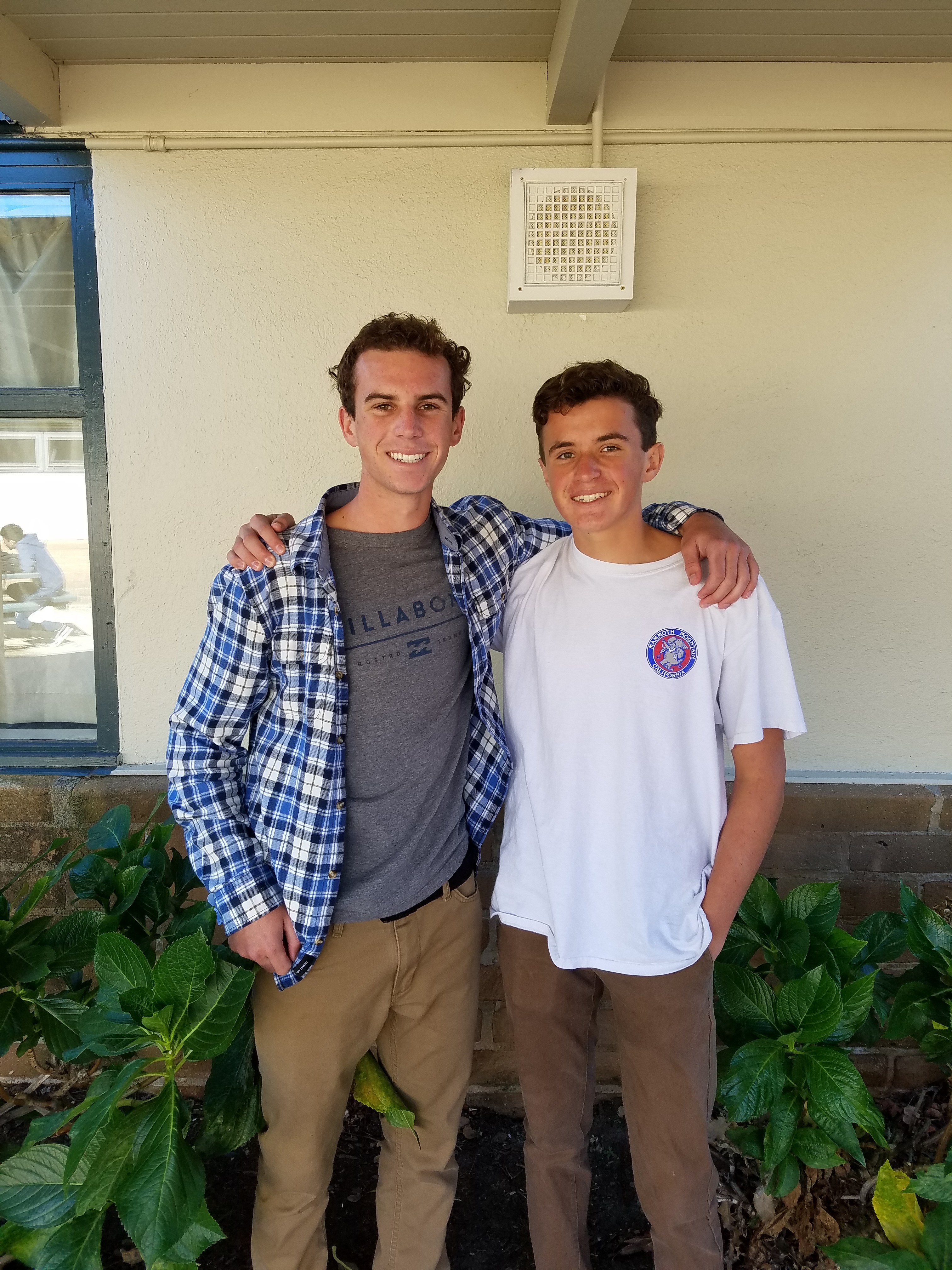