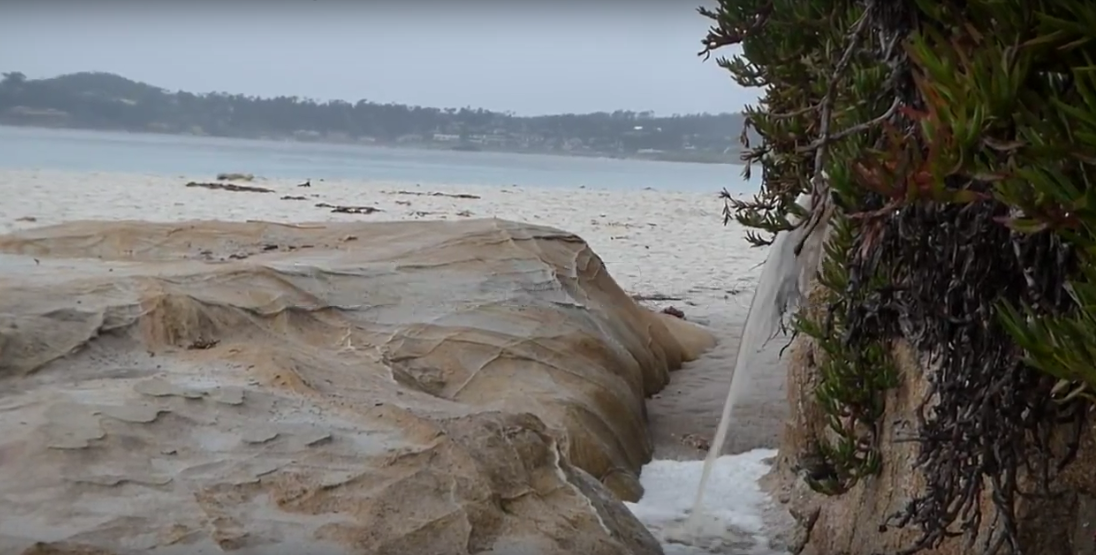 Approximately 3 million gallons of sewage water leaked into central coast waters due to a series of failures from Monterey One Water’s plant on Jan. 19.

This was the agency’s only spill from the 29-year history of the regional treatment plant, according to Monterey One Water government affairs administrator Mike McCullough. A piece of equipment made to clear debris experienced an electronic control malfunction, according to McCullough, leading to the dumping millions of gallons of wastewater into the Monterey Bay.

The alarm which should have cleared to the control room failed to alert employees that Friday night. The spill lasted for about nine hours until the next morning.

In a Feb. 12 board meeting, Paul Sciuto, general manager for Monterey One Water, commented that after simulations were done, the volume of water leaked from the plant was calculated to be 2.8 million gallons. The first reported amount was 4.4 million, and Sciuto still expects the number to drop as more data keeps rolling in.

“More data coming back to the control room and [more] boots on the ground, visually looking at different parts of the plant,” Sciuto said.

In that board meeting, Sciuto also said that the agency added a backup system to alert the control center just in case the first system failed again. They additionally brought in ultrasonic level sensors to monitor the levels of water and another camera for extra monitoring for employees.

The massive spill was a local record for a sewage spill at 2.8 million gallons. The effect on marine life is not yet certain; however, Monterey One Water has not reported any recoveries or rescues of wildlife.

McCullough reflects on the possible federal charges for this situation.

“We aren’t aware of any federal charges for this incident,” McCullough says. “The event will be reviewed by the Regional Water Quality Control Board.”

Damages to wildlife were also raised as a concern, and an official investigation by National Oceanic and Atmospheric Association began on Feb. 12. The search was confirmed by NOAA special agent Don Tanner.

“[Monterey One Water] has contacted local marine conservation organizations to confirm the health of marine life,” McCullough says. “No reports of sick or injured animals were made in association to the untreated release.”

The spill has had an effect on eight beaches along the central coast, closed off and reopened Jan. 22 due to unsafe levels of bacteria in the water.

Civilians were warned against visiting Jan. 19, and the Monterey County Environmental Health Department reported safe levels of water quality for human use Jan. 22.

According to NOAA water quality protection program director Bridget Hoover, data analysis and results will not come back until the middle of March.

“[NOAA] toured Monterey One Water’s facility where the discharge occurred and learned of all the additional steps they have taken to ensure it doesn’t happen again,” Hoover adds.

The last major sewage spill in Monterey County was in 2015 in Pacific Grove with 220,000 gallons leaking into Monterey Bay. Monterey Regional Water Pollution Control Agency was fined $300,000 for that incident.