Contrary to the beliefs of some teens, students do not completely relinquish their constitutional rights at the school gates; those rights are just limited. With such limitations, students can find themselves tasked with ensuring such rights, limitations and all, are not infringed upon by another student, teacher or administrator.

Most students, uniformed, are left guessing what their rights are, and when pressed by administrators, they frequently fold, turning over those rights.

“I was pretty sure that [an administrator] couldn’t just search my phone like that, but when [the staff member] got more aggressive about it, I just gave in,” says senior Ella Sainsbury about a member of the Carmel High School administrative staff who Sainsbury says began scrolling through her text messages earlier this school year.

Unsure about her rights, the senior claims to have found herself left either standing her ground about a right that she couldn’t articulate or handing over her personal property—neither an appealing option.

The rights Sainsbury was trying to exercise are those protected under the Fourth Amendment of the U.S. Constitution, stating “the right of the people to be secure in their persons, houses, papers, and effects, against unreasonable searches and seizures, shall not be violated, and no Warrants shall issue, but upon probable cause, supported by Oath or affirmation, and particularly describing the place to be searched, and the persons or things to be seized.”

The search of Sainsbury’s phone was warrantless. Outside of school, that is consistently held to be unconstitutional. Yet this search was reportedly conducted on school grounds by a site administrator, which blurs the line. While the U.S. Supreme Court ruled in 1985 that the Fourth Amendment still applies to students on campus, the Court also held that the school atmosphere requires an easing of the restriction to which searches by the authorities are normally subject.

According to the explanation the American Civil Liberties Union provides students, “Your school must have a reasonable suspicion that searching you will turn up evidence that you violated a school rule or law, and the way your school does its search should be reasonable based on what is being searched for and your age.”

While its inherent purpose is to lessen the burden on schools to conduct searches for the safety of the campus and students, the standard still exists to maintain students’ protection against unreasonable searches, a right deemed “fundamental” by the Courts.

CHS assistant principal Debbie Puente assures students that administration never searches a student’s phone. If a search is thought to be needed, she says the sheriffs take over. Fellow assistant principal Craig Tuana adds that searches are conducted of CHS students’ phones only with student consent, but adding that in his previous district searches of phones were conducted regularly.

2018 began with a student in Falmouth, Maine, questioning the constitutionality of lowering the standard to reasonable suspicion. Lobbying for school officials to apply the probable cause standard to searches of students, he claimed that students were attending school with a constant fear of being called into the office to have their person or property searched.

This student is not alone. In the case that declared reasonable suspicion as the standard on school grounds, three judges dissented. They argued that lowering the burden for school officials to search a student is an “unclear, unprecedented and unnecessary departure from generally applicable Fourth Amendment standards.”

“If you can’t meet a probable cause standard, maybe you shouldn’t be searching,” CHS social studies teacher and former U.S. Attorney Bill Schrier says. “Not only that, but it’s school administrators—they’re not trained professionals when assessing reasonable suspicion. I’d rather err on the side of them not intruding on someone’s privacy. Judges make those determinations, and there’s a good reason that the probable cause standard was established.”

While the student from Maine found it unreasonable to search students’ cell phones and backpacks, some might question the constitutionality of searches of students’ vehicles parked on school grounds, areas Carmel High says will be searched, according to the CHS Student Code of Conduct.

Prior to 2013, when it was held that a warrant is required before searching private property with drug dogs, the Courts cited the “plain view,” or “plain sniff,” doctrine that permits the collection of evidence that is left out in the open without a warrant. The Supreme Court has not yet specifically addressed the issue of drug dog searches on a school campus; however, federal courts have upheld the constitutionality of random, unannounced drug searches in schools, according to FindLaw.

The way the Fourth Amendment plays out is determined by precedent set by Supreme Court holdings. Subject to a new case falling into the hands of the Court, reasonable suspicion governs searches on school grounds. A lower standard, yes, but one that still exists. 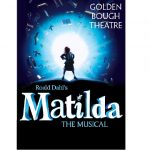