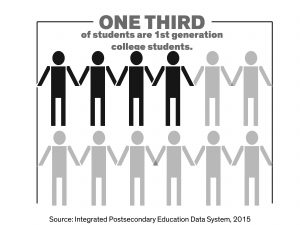 graphic by UNIVERSITY OF ILLINOIS AT CHICAGO

In her senior year, 2015 Carmel High School graduate Selene Elias knew that she wanted to go to college, but she didn’t know how to get there or where to begin looking. Now, as a junior at University of San Francisco, she has come a long way. This is in part due to the resources available to her at CHS as a first-generation student.

According to college and career counselor Darren Johnston, a first-generation student is one whose parents or guardians did not graduate from a four-year university. He explains that these students are often stereotyped as having not been taught the value of getting a college education and the tools to get there from their parents or have lacked the transmission of culture capital as it relates to the value and process of getting to college.

Johnston mentions that the latter is not an issue at CHS, as both the community and immediate surroundings of first-generation students can help these students understand the value of a degree.

“The knowledge and tools are something that the community cannot substitute,” Johnston says, “and that is where we as counselors work as hard as we can to supplant that in coordination with the Advancement Via Individual Determination program.”

AVID teacher Bridget Randazzo defines the class as a program designed for students who want to go to college, but need assistance in learning how to get there.

Many students sign up for AVID early. Senior Erika Gonzalez hopes to become a future first-generation student. When AVID teachers came to explain the program to her class in middle school, she knew that it would be her greatest help in getting to college.

“In AVID, we were able to go on multiple college visits and work on applications in class where I get help I can’t get at home,” Gonzalez reflects. “The College and Career Center has also helped me in finding colleges and scholarships.”

Most students can agree that college is scary in and of itself, but for first-gen students, the fear is often greater. AVID teacher Marc Stafford reveals that by planning to be the first in their family to attend college, these students are at a statistical disadvantage to students whose parents attended college.

“The number one factor in whether a student pursues a four-year degree is based on parent education level,” Johnston says. “It dominates the statistics.”

While access to colleges for first-generation and low-income white and Asian students has been generally increasing, it is less so for other minorities, according to research from the Brookings Institute. Generally, these minorities will be getting a lower-quality education.

CHS offers plenty of resources, most notably the College and Career Center and AVID. Senior Diego Cabrera highlights vouchers for standardized tests, such as the ACT and SAT, as an example of a strong resource for first-generation students.

According to Elias, the resources were endless, but it was up to the individual to use them. From the College and Career Center, she got information from counselors about the application process and types of aid she could apply for, which most first-generation students do not know about.

While the resources at CHS are plentiful, senior Jenifer Solano express that the acknowledgement that every person has her own specific situation and needs is lacking, mainly because of the common misconception that all students have the resources.

“When I was very little, my grandmother always told me that I would go to college,” Solano recounts. “But it wasn’t until middle school that I understood what it was and the struggles I would face. And in being the first in my family to graduate from high school, I have to get resources and advice from other people and not my parents when it comes to college.”

According to the Education Advisory Bureau, about 90 percent of low-income first-generation students do not graduate in six years. Part of the problem, the EAB claims, is their inability or lack of time to crack the hidden curriculum—study skills and knowledge of how to navigate college—that determines success as a freshman in college.

Despite the statistics, many future first-generation students say their parents are supportive of their education, regardless of the extent of their own.

“At home, college was something that I was always excited to talk about,” says 2016 CHS graduate Hannah Lee, now a first-generation sophomore Northwestern University. “My family always encouraged me to pursue what interested me and do what makes me happy, and in doing so I knew that I wanted to go for a four-year degree because I always enjoyed the challenge and thrill of learning and academics.”

For first-gen students, many challenges become evident while at college, as was the case for Elias. To alleviate the stress, some colleges have programs for first-gen students that take place before classes start to help students transition into the college lifestyle. For Elias, she believes herself fortunate to have been able to been a part of USF’s Muscat Scholars Program for first-generation students, which incorporated a variety of classes and a schedule similar to college.

“If it weren’t for this program, I don’t know how I would have made it,” Elias says. “That was the biggest resource given to me, but I still believe that the university fails to acknowledge other first-generation students and make them feel supported throughout their entire college years.”

Regardless of the challenges for first-generation students, many of these students say that it’s possible to succeed.

“Stay resilient and be active,” Lee advises. “Especially being first-generation, it can sometimes feel like there is nowhere to turn for guidance or support, but if you know what you want and actively go for it, you can never go wrong.”

Is it time that the Padre retires from its mascot... 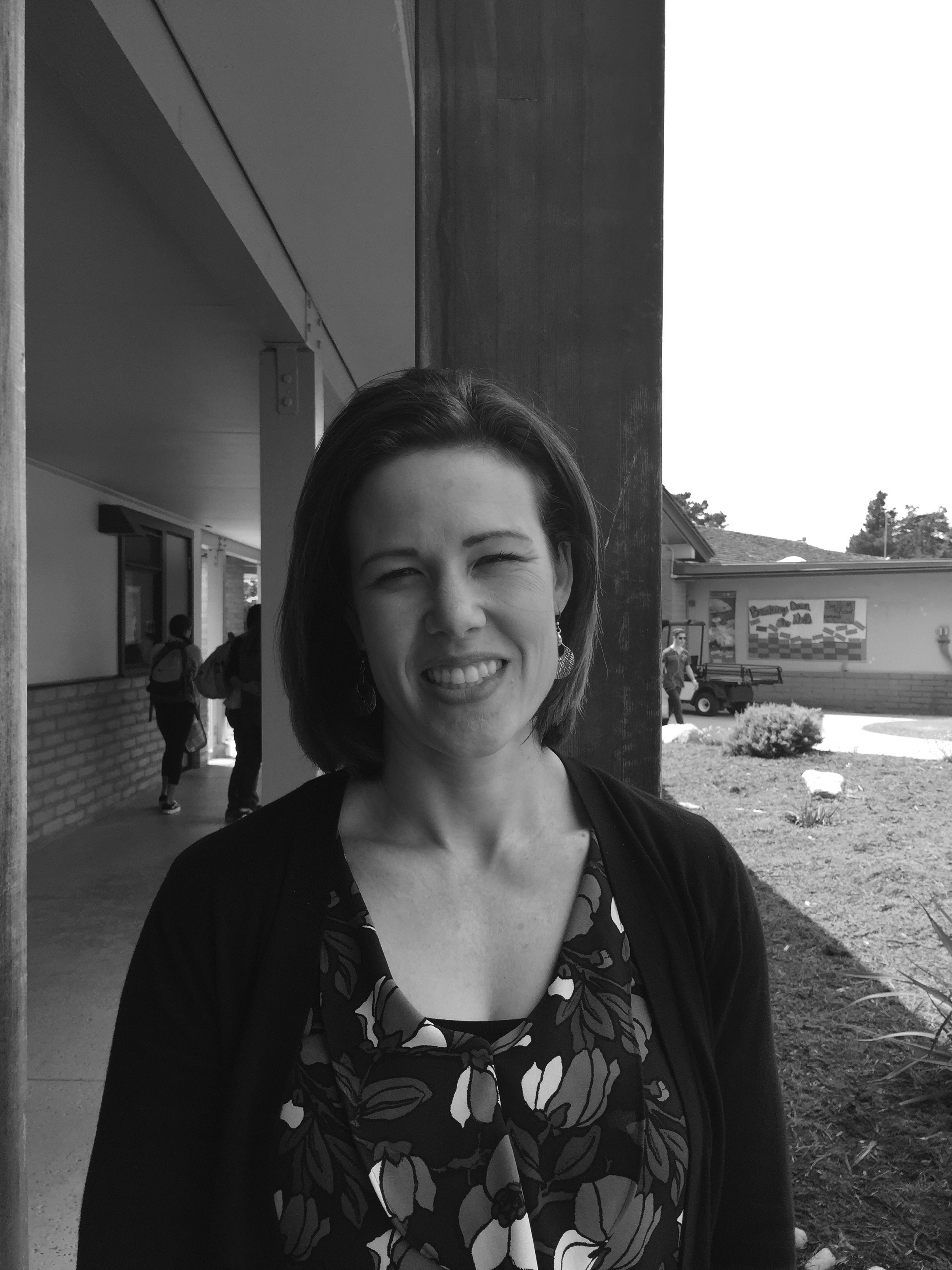 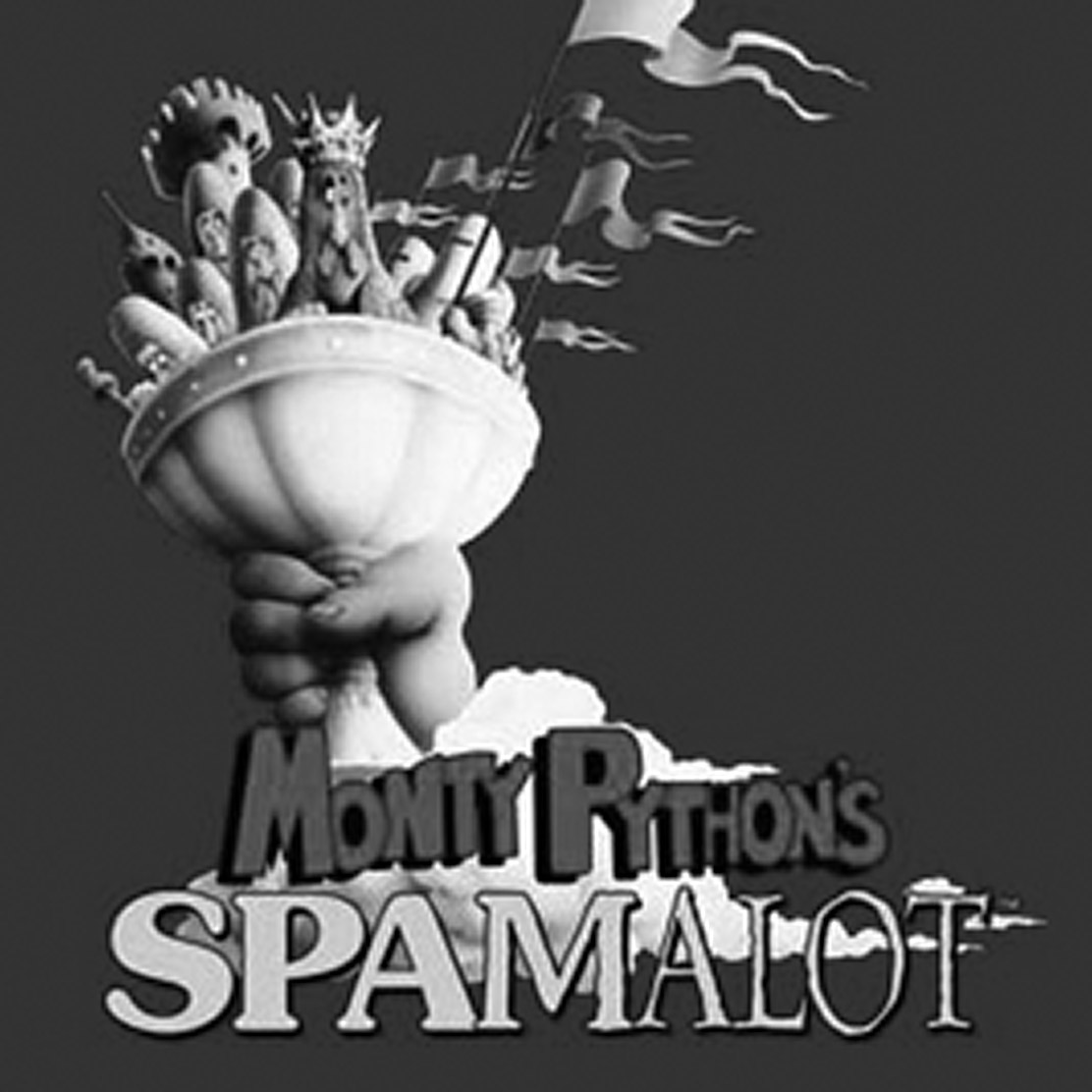