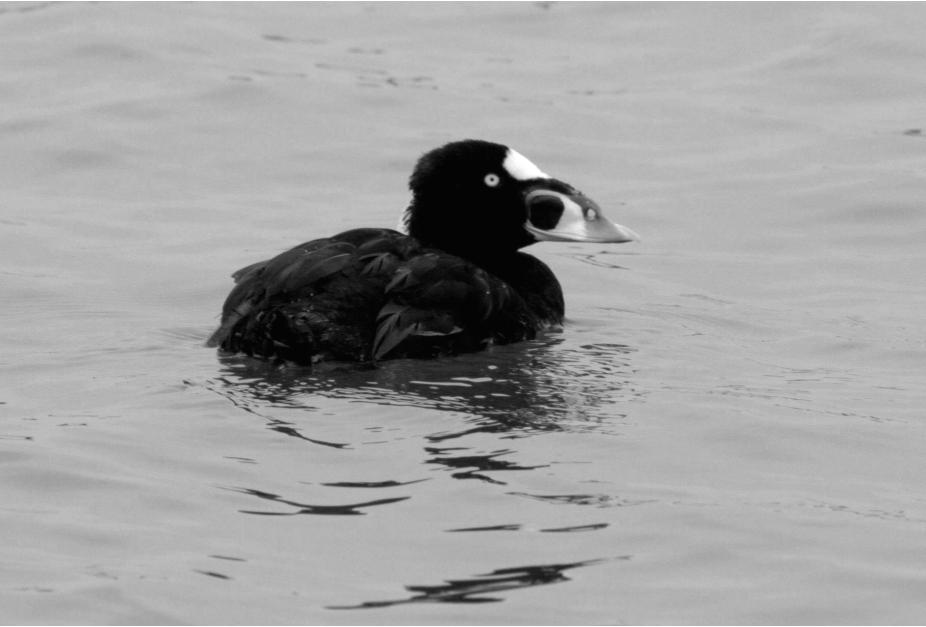 The drenched rocks of the Pacific Grove coastline emerge from the darkness, and a flock of Pacific loons fly by the cliffs of Point Pinos and Crespi Pond as they depart the bay and fly south.

Nestled shortly beyond Crespi Pond, a pair of spotting scopes rest on the land’s edge and volunteers for the environmental conservation program called Seawatch intently gaze at the sky. Above, thousands of Pacific loons, surf scoters and shearwaters migrate overhead.

Not only does the upwelling of the marine canyon and diverse kelp forests make the Monterey Bay unique, but it is also the site of the West coast’s only official bird migration monitors, Monterey Audubon Society’s vice president Paul Fenwick says.

Because of the unique angle of the bay relative to the coastline and the predominant northeast winds, ocean-going bird species especially cluster near the Seawatch site.

“Our planet’s wildlife and ecology are changing rapidly in the face of human activities around the globe,” Monterey Audubon Society’s president Blake Matheson explains. “The program Seawatch provides us with the opportunity to monitor, year in and year out, how certain seabird populations are changing in response.”

Birds are an indicator species, meaning that when something negative in the bay or issues relating to climate change are occurring, people will notice them first.

“It is not doomsday, but there are so many pieces to this puzzle, and I think that birds are a key indicator as to the healthiness of the environment,” Fenwick says.

Birding in Monterey is not like it used to be. Before Seawatch was established, data such as the present population of Pacific loons had been only collected on breeding grounds.

“Birds are a good indicator of climate change with shifting migrations,” Fenwick says. “Right now we are not even seeing a loon go by us, and by this time last year we were close to 50,000 birds, so once again we are looking at what is delaying migration and what effect does this have on the birds.”

In the last three years Seawatch was able to count 275,000 Pacific loons migrating by the location, but this does not count the other 1.2 million others that are still out there, Fenwick explains. It is about establishing a baseline of the number of birds that are actually out there, not to mention the opportunity to spot and document rarities.

Don Roberson, author of “Monterey Birds,” was the first to sight the rare mottled petrel from the shore in California.

“[Seawatching] gives the opportunity to see completely unexpected birds such as the mottled petrel, which I saw in December of 1984,” Roberson explains.

The bird breeds in New Zealand, and Roberson’s spotting of the bird was so significant that a nearby rocky point where it was spotted is named after the petrel.

Gathering population data over more than a few years is important because more meaningful comparisons can take place, and over the next decade scientists will be able to write more accurate papers for the community and beyond, according to the Monterey Audubon Society.

This data can be used to educate the public and the government, and Fenwick says it can be used to guide future decisions regarding the placement of energy production facilities in the bay like wind turbines, which could negatively impact migrating bird populations.

Unlike on land, after a bird is hit by a turbine, there is no visible carcass. Without a baseline of data, the community will lack a way of proving that the turbines had a serious impact on the migrating bird populations, according to Fenwick.

With a baseline of data, more informed and less detrimental decisions will likely occur.

“We are not against it, but what we want to do is establish trends and know where these birds are going,” the Monterey Audubon vice president says.

It might only mean that the turbines would have to be shut down for a few weeks in November and December during peak migration season so that thousands of birds could be spared.

It takes a lot of work to maintain a program like Seawatch, especially with new budget cuts. Depending on the administration, cuts in funds could further impede the progress of the program.

“The changes in bird populations we witness from the Point over many years could well be more dramatic than they otherwise might have been,” Matheson says.

Bird counter Karl Barden explains that he too has experienced the ramifications of federal cuts. With significantly less money than last year, it’s been difficult for counters like him to find affordable housing; however, Seawatch still aspires to have monitoring sites up and down the West Coast.

If you are interested in volunteering and contributing to Seawatch, Monterey Audubon Society vice president Paul Fenwick can be reached at paulwfenwick@gmail.com.