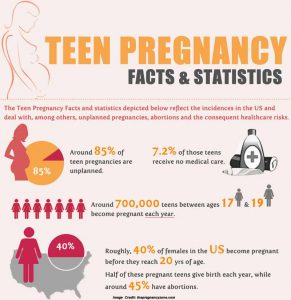 The 2014 Carmel High School graduate picked up the phone to schedule an abortion appointment with Planned Parenthood. Only after the reveal of a false positive did she resolve to ask her doctor about starting some form of birth control, and begin demanding that her boyfriend use contraception as well.

“That was my wake-up call, I guess,” the current Hartnell College student recalls. “My doctor was telling me all about these diseases I could contract, not to mention actually getting pregnant.”

Such concerns were not unwarranted either. After a steady 15-year decline in the prevalence of sexually transmitted diseases among teens in California, 2015 marked a turning point in the trajectory, according to the studies conducted by a number of public health officials throughout Southern California.

The year 2000 presented historic lows for chlamydia, gonorrhea and syphilis, approaching elimination altogether, but by 2016 reported cases of chlamydia increased by 14 percent, gonorrhea by 75 percent and syphilis by 80 percent, according to figures from the California Department of Public Health. Specifically, Orange County saw a 412 percent increase in syphilis cases from 2011 to 2016, with neighboring counties also seeing a percentage increase of reported STD cases reaching triple digits.

“This could be attributed to what I see as one of two options: either teenagers are not aware of the risks of STDs and how they are transmitted, or they are, in fact, aware, yet live by this notion that nothing bad will ever happen to them and thus don’t take the steps to protect themselves,” says Dr. Raegan McDonald-Mosley, chief medical officer of Seaside Planned Parenthood.

It’s a lack of contraception and an apparent apathy that Dr. McDonald-Mosley cites as the root cause of diseases, and an overwhelming amount of California teenagers, Carmel High School students included, are victims of their own negligence.

“Of course, I know that I could get pregnant if we don’t use anything, but I’ve done it before and nothing happened,” one CHS senior says. “And anyway, if I really had to, I’d get an abortion.”

This negligence is not unique to just a handful of students at CHS. From conversations with about two dozen students that report being sexually active, the majority admit to having had unprotected sex at least once and a handful say they have done so repeatedly.

“I don’t know, I guess I just don’t really think about diseases or pregnancy,” one senior girl giggles.

Another says rather matter-of-factly, “I’m not gonna get pregnant at 17.”

It’s not just female CHS students, however, that fall victim to their own naivety.

“I think with high school boys it is a matter of ignorance,” says history teacher Marc Stafford, a parent of two. “Hopefully, that ignorance starts to go away before he actually does have a child, but without protection, that time can easily be now.”

It’s scary to imagine a life as a teen mom or dad, and thinking about it makes it more real, according to Dr. McDonald-Mosley. That is exactly the issue, though: there is a consensus among teens that nothing bad will happen if they simply ignore the issue.

“I don’t know, I guess I just assume she’s gonna have protection,” one sophomore boy explains. “And anyway, I wouldn’t be the one getting pregnant.”

What may be lost on some teenage boys is the fact that teen pregnancies affect not just the mother; genetically, emotionally and legally, teen fathers are fifty percent responsible.

180,000 teenagers become fathers every year in the U.S., and 80 percent of teen fathers do not marry the mother of their child yet pay approximately $2,000 in child support each month, according to therapist and masculinity expert Dr. Andrew Smiler in his article “Teen Fathers: A Typical Day.”

The kind of mindset that it’s the woman’s responsibility to prevent pregnancy may stem from highlighting teen mothers in the media while focusing much less on teen fathers.

“Perhaps these boys don’t realize the magnitude and legitimacy of teen pregnancy, and how it will quite literally affect the rest of their lives,” Stafford comments.

Naivety and indifference, while apparent in some, is not the only cause for teenagers to have unprotected sex. The pressure that accompanies being in a relationship is not lost on many students.

“We didn’t have a condom, and I wasn’t on anything already, so what was I supposed to do? I already told him we could have sex,” another senior says as she explained her reasoning for having unprotected sex with her boyfriend, despite knowing the potential consequences of such a decision.

CHS student behavior is not far from the national norm, though.

Among the 46 percent of sexually active high school students nationwide, approximately half admitted to partaking in unprotected sex regularly, unprotected meaning without any form of contraception, as stated by the Center for Disease Control and Prevention.

“I think this generation is so blasé about sex,” CHS health teacher Leigh Cambra remarks. “It’s expected almost immediately now. My high school resembled a John Hughes movie. Teens would agonize over the decision. Why don’t they anymore?”

Cambra is not alone in her assessment. Dr. McDonald-Mosley notes that, through her studies, she has found that many high school girls would rather take the risk with unprotected sex than deny their boyfriends. These studies hold true for girls at CHS, too.

When posed with the same scenario, 10 out of 25 sexually active CHS girls said they would indeed rather take the risk.

“It’s not just pregnancy that teens need to be worried about,” Cambra says. “I think a lot of girls are on birth control pills and think they don’t need to worry about condoms, but that still puts them at risk of contracting an STD. Teens think nothing will happen to them until it does.”

With STDs on the rise along with teen pregnancy, Dr. McDonald-Mosley points to the importance of getting tested frequently.

“It concerns me the most, perhaps, that teenagers don’t get tested,” Dr. McDonald-Mosley explains. “It is exceedingly important that teenagers know the effects of unprotected sex and what an STD can really do to your health.”

While it is true that condoms provide some protection from contracting STDs, there is no guarantee against some of the more serious diseases or the asymptomatic ones. No symptoms doesn’t mean no risks. Sexually transmitted infections, often showing no signs or symptoms, are just as easily contracted as STDs, experts say.

Quest Diagnostics with locations in Marina, Pacific Grove and Monterey offers tests for the eight most common sexually transmitted diseases and report results within three days. Specifically providing HIV tests, Planned Parenthood offers services ranging from abortion options and pregnancy tests to LGBT services and even protection free of charge. Their Seaside location is 625 Hilby Ave., and they can be reached at (831) 394-1691 for information or to make an appointment 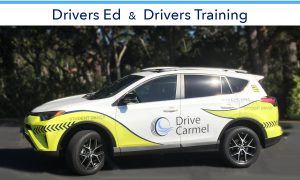