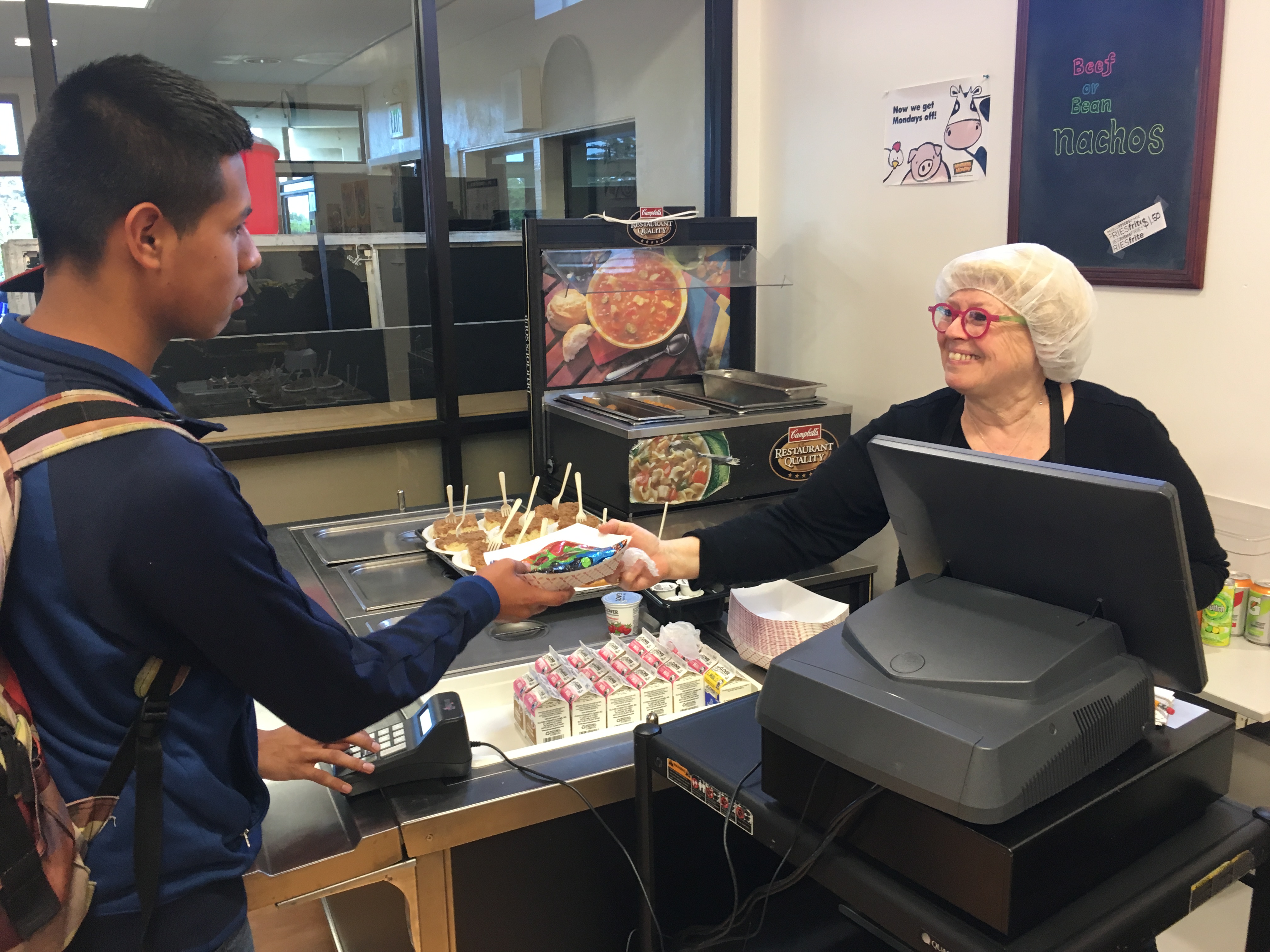 As the district’s food service supervisor, Denise McGregor purchases all the food, makes the menus, serves as the liaison between the state and federal governments and the district, and oversees the program as a whole.

The school gets its beef from Angus Pure Natural Australian Ground Beef. The meat is grass fed, minimally processed and produced without antibiotics treatments or Hormone Growth Promotants as it is a Mine Safety Appliances-approved product. The school’s chicken comes from Koch Foods and is also produced without hormones or steroids. For vegetarians, the Beyond Beef Feisty Crumble from Beyond Meat is a 100 percent vegan, Gluten-free, GMO-free option.

However, Environmental Club adviser Jason Maas-Baldwin explains that the packaging on some of these products can be misleading.

“The issue with these packages is that providers throw around flashy terms that prop up an item such as ‘grass-fed,’ but there is no set definition of what these words mean,” Maas-Baldwin notes. “In some ways, these packages can be misleading for consumers as the regulation on advertising hasn’t been truly established. The best way is to examine the farms and producers for yourself.”

When it comes to beef, however, the science teacher does hold a strong opinion regardless of how the meat is produced.

“I think as society turns a corner, we are going to be eating less and less beef,” Maas-Baldwin says. “It’s just not a sustainable thing to eat at all.”

Since McGregor’s arrival here in the CUSD in 2010, she has done her best to change CHS food along these lines. In an effort to facilitate this change at CHS, McGregor brought the company she used while working in Santa Cruz, Performance Food Services, to Carmel. (The company was formerly called Ledyard before Performance Foodservice bought out the company, but allowed the name to remain the same.) McGregor spent the years before her eight current years in Carmel as the food service director for Santa Cruz City schools where she did her best to give students the most nutritious meals.

“I want local, fresh-grown product, and I know I don’t have a problem going to the company for local apples because I know they come from a farm in Salinas,” McGregor explains.

McGregor has really enjoyed working with the company and plans on continuing with them. She says they go out and find products that they know she’ll want.

“I like working with them,” McGregor notes. “It’s an easy part of my job to email them and ask for a certain food and know that they will get it for me while making sure it satisfies all the things I look for.”

As the company had previously worked with McGregor, they understood what she wanted to give to students. The district supported her hopes for the food program at CHS and decided to switch to Performance Food Services allowing for an easier shift in direction of CUSD food.

“When I first came, the elementary schools were getting nothing but cold sandwiches every day. Over my time here I’ve done my best to implement the ideas I touched on,” McGregor says. “We want it to be a hot meal every day and we try new things.”

The district gets shipments from Performance Food Services once a week on Monday, which includes meats, produce and other items. Shipments that include mostly baked chips also come from Danielson Company based in Chico, California.

The final food provider that the school uses is Gold Star Foods, which provides items such as canned foods. Like Performance Food Services, they collect products from a variety of companies, such as General Mills and Naked Juices, and then provide them to schools making sure that all the items are approved for schools meals. Though Gold Star Foods is based out of Ontario, their local warehouse in Dixon, California, supplies CUSD.

“The reason I do business with [Gold Star Foods],” McGregor describes, “is because everything they sell is a smart product for the school. It meets all the nutrition requirements. California is way ahead of every state for requirements with all aspects of nutrition being regulated.”

As a general trend in the U.S. over the past few years, average school meal prices have increased to roughly $2.60 per meal. This is largely attributed to the increased regulations placed on school food in recent years, be it providing more fresh fruits and vegetables or meeting specific nutrient requirements.

Carmel schools have reflected this change as well.

District spending on food has been on a steady increase since 2008. During the 2008-2009 school year funding was estimated at $154,000 and increased to $169,000 the following year. This past 2015-2016 school year, spending reached $206,190, per Rick Blanckmeister, the district’s chief business officer, and Jeanette Ayala, the district’s director of fiscal Services.

“This progression is a result of increased costs associated with consumer price index increases,” explains Ayala, “and to some degree the fact the district has broadened its offerings with respect to breakfast and break service throughout the district.” 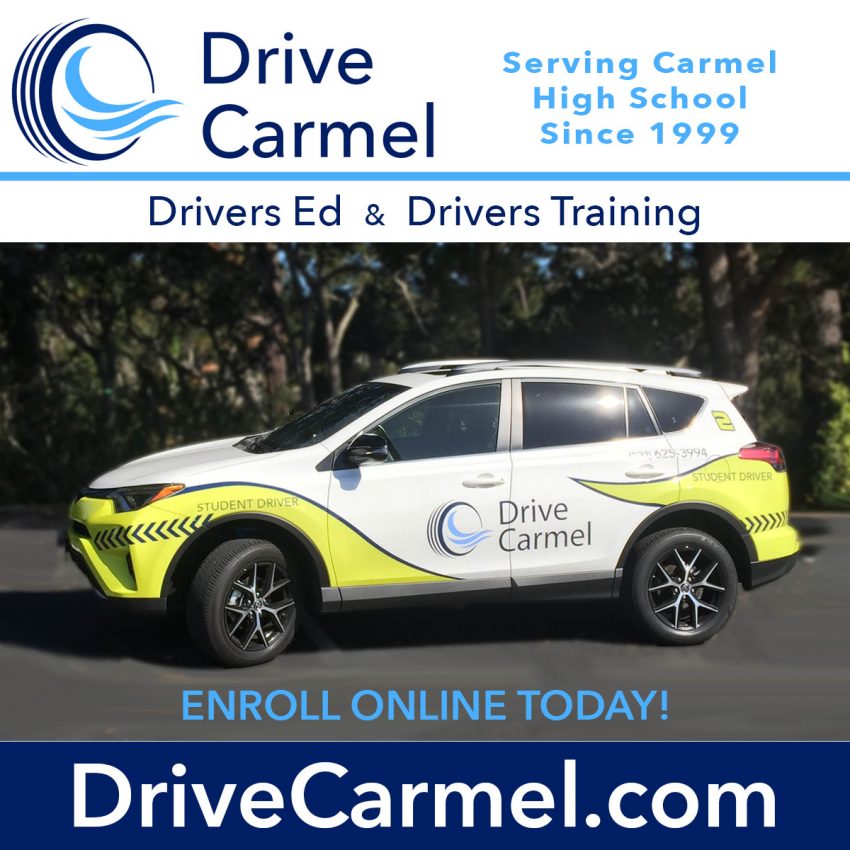