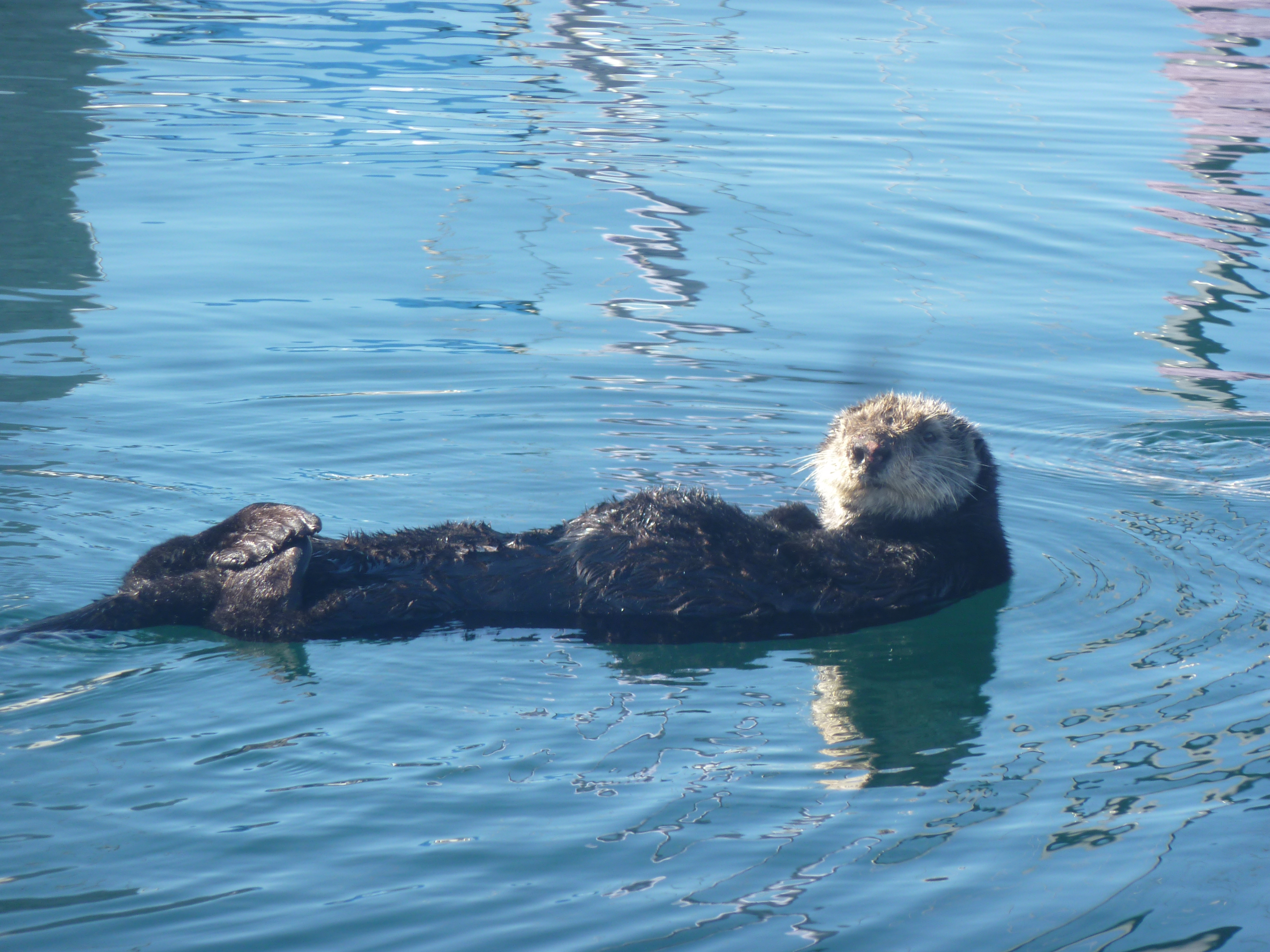 Reaching to the crowded top shelf of his filled-to-the-brim classroom, CHS science teacher Mike Guardino takes down a cardboard box. Unsurprisingly, it too is filled to the brim.

Within rests a vertebra, two fur pelts and two skulls, all in perfect condition, which once belonged to two southern sea otters that Guardino taxidermied himself in 1985.

After applying for a permit to preserve them, he received the two otters from the California Department of Fish and Game and went on to use them for otter morphology studies in the Subtidal Marine Studies course he then taught.

“We’re one of the very few high schools in entire country that has a sea otter,” proclaims Guardino, smiling.

The sea otter, a symbol of the coastal Pacific and an icon of marine conservation, is a species most Monterey Bay residents likely take for granted, although its presence is hard to miss.

On Jan. 6, a female sea otter pup was found stranded on Carmel Beach. Authorities were called in, and after an unsuccessful search for the pup’s mother, the 3-week-old otter was taken into intensive care at the Monterey Bay Aquarium.

“Maybe this was an inadvertent separation,” said Karl Meyer, animal care coordinator for the aquarium, in an interview with local news station KSBW, citing rough El Niño surf as a probable reason. “[The] pup was floating at the surface while mom was foraging for food, and the two got separated.”

The pup was discovered by beach-goers between 9th and 10th Ave.

As information on its website and YouTube channel reveals, the aquarium has two options for these rescues: raise the pup with surrogate otter mothers—the aquarium has five—who teach them how to live successfully in the wild, or find the pup a home at another accredited zoo or aquarium. Recently, the aquarium announced that it has located such a home for Otter 719, as the recent pup has been named.

Thus far, the story of Otter 719 has gotten 2016 off to an exciting start in the tradition of 2015, a very busy year for otters in the news.

In February, twin otters were born, a rare event, and one of them, later named Otter 696, was abandoned, rescued by the aquarium and raised successfully. Then, in late December, a wild otter chose the sheltered Outer Tide Pool at the aquarium to give birth to her pup, whom she groomed for hours before an adoring crowd of visitors.

In the front page Pine Cone article about Otter 719, communications director Ken Peterson said of the aquarium’s Sea Otter Research and Conservation program, “We respond to every call to ensure that stranded sea otters receive humane care and are not left to suffer on shore.”

Why, one might ask, is this dedication so important? Because sea otters are a federally protected, endangered species.

In Guardino’s explanation: “They almost went extinct [because] they have the most luxurious fur of any mammal ever. [It] outclasses mink, chinchillas, everything.” The otter pelts in his room only prove this point.

This thick, air-trapping fur is ironically also the one thing that keeps them alive in the frigid waters they call home.

Sea otters occur from northern Japan to Baja California, and their numbers once counted 2 million, but Guardino tells a sad tale of how Russian fur traders devastated otter populations, moving south from the Aleutian Islands and British Columbia to Oregon and the California coast.

Primarily, overhunting supplied China with pelts and continued until the Russians thought they’d killed every last otter. “But what they didn’t realize,” Guardino adds, “is that there was a tiny remnant population in this place called Big Sur, California.”

Due to its isolation, lack of roads and rugged terrain, Big Sur harbored California’s last sea otter population, which, according to Guardino, wasn’t discovered until the early 1930s when construction workers on Bixby Bridge told stories at bars about seeing “weird little seals” while working.

This relict population contained only 50 otters. Now, thanks to legal protection and strict conservation measures, otter numbers have recovered to nearly 3,000—a little more than a thousandth of the original population—although decline is still an issue and area of research.

So next time you spot a sea otter, grooming its fur on the surface of the harbor or cracking open an urchin with a sharp rock, take time to appreciate its species’ amazing adaptations and struggle for survival.

But if that sea otter happens to be stranded or injured, make sure not to disturb it and quickly call the Monterey Bay Aquarium’s hotline at (831) 648-4840.