Imagine it: Christmas is just days away, and those oven mitts you bought for grandma won’t arrive in time. The roads and malls stagnate with last minute shoppers and holiday travelers.

But wait—an ingenious idea hits you like a gallon of eggnog. You log on to Amazon, find the mitts, throw in some chocolates and smile with relief.

About 30 minutes later, you hear a high-pitched whine and buzz, followed by a light thump. You open the door, grab the package and unwrap those mitts.

Sound futuristic? With the ascending drone industry, such elevated service might soon be as elementary as a common calculator.

Since just a few years ago, hobbyists, entrepreneurs and businesses have begun finding new ways to use a technology that once seemed like science fiction. Take the budding idea of Prime Air for example. As described, this future delivery system from Amazon is being designed to safely get packages to customers in 30 minutes or less using drones. 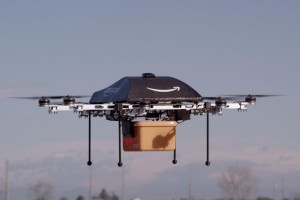 A prototype of the delivering Amazon Air Prime drone, which carries packages right to the home of the consumer. Courtesy of Amazon.

Over the past years, our flying machines have become capable of doing more than just snapping pictures of weekend getaways and sick mountain bike runs. Thanks to affordable hardware from manufacturing in China and elsewhere (but mostly China), making a stable, simple-to-fly drone is easy.

The drone industry is indeed poised to skyrocket in the United States and around the world.

According to a 2014 study by the Association for Unmanned Vehicle Systems International, the industry is expected to zoom from about $2.2 billion in 2015 to more than $10 billion by 2025, and will include more than 100,000 jobs. The study also predicts that the industry will have a lofty $82 billion economic impact with 34,000 manufacturing jobs and more than $482 million generated in tax revenue.

Connery Nichols, a military Field Service Representative and Unmanned Aircraft Specialist, has flown drones for the past five years for both military and civilian affiliation. Most of his experience is on mid-sized drones, also known as Group 2 type Unmanned Aerial Systems.

“Without a doubt, drones are the way of the future for a lot of various applications, not only war, but farming, wildlife management [and] oil line inspections just to name a few,” Nichols says.

Some of these applications include mapping archaeological sites, monitoring for signs of crop damage or illegal hunting and even zipping inside hurricanes to study the wild storms. An increasing number of people are purchasing privately-owned drones to snap a photo or video from a bird’s-eye view.
Nichols has operated numerous versions of drone technology throughout his career.

“The technology for drones will continue to increase at an exponential rate,” he comments. “Everyday components are getting smaller and lighter, making drones more capable than ever before. However, this will come with a significant amount of guidance, rules and regulations.”

As with any rapidly rising innovation, controversy lurks below. In this case, private drone owners have been pitted against federal programs hoping to keep an eye on the potent drones.

The technology continues to raise questions about air safety, privacy and security. And like the dawn of the automobile era, the age of unmanned aerial systems is evolving much faster than the laws.

“It’s kind of a Wild West,” one innovator described the market. There certainly is a proliferation of innovation that follows in the wake of drone production. Not all ideas are good ones.

Although police use drones to aid in search and rescue missions, to spy on barricaded gunmen and to assist in natural disaster assessment, Nichols points out that benevolent officers aren’t the only ones who want eyes in the skies.

“Drones could be used to threaten security, privacy and safety,” Nichols says. “It would be easy to collect on a potential target for someone that wishes to do harm or misuse this type of technology.”

In response to controversies and lawsuits, the National Transportation Safety Board recently ruled that drones are indeed aircraft subject to federal regulation.
Following this decision, the Federal Aviation Administration has begun to set guidelines for drone regulations and use. According to the FAA, some basic rules include restrictions on altitude, weight and proximity to people and other aircraft. These regulations are designed to allow for the growth of this evolving innovation, while at the same time protecting the safety and privacy of citizens.
Drones have great potential to enhance the services provided millions of customers by increasing overall safety and efficiency of operation. Nichols summarizes this soaring technology: “[Drones] can accomplish great things and open up an unknown possibility for our continued advancement. If used properly they can increase our security and safety to help protect our way of life.” 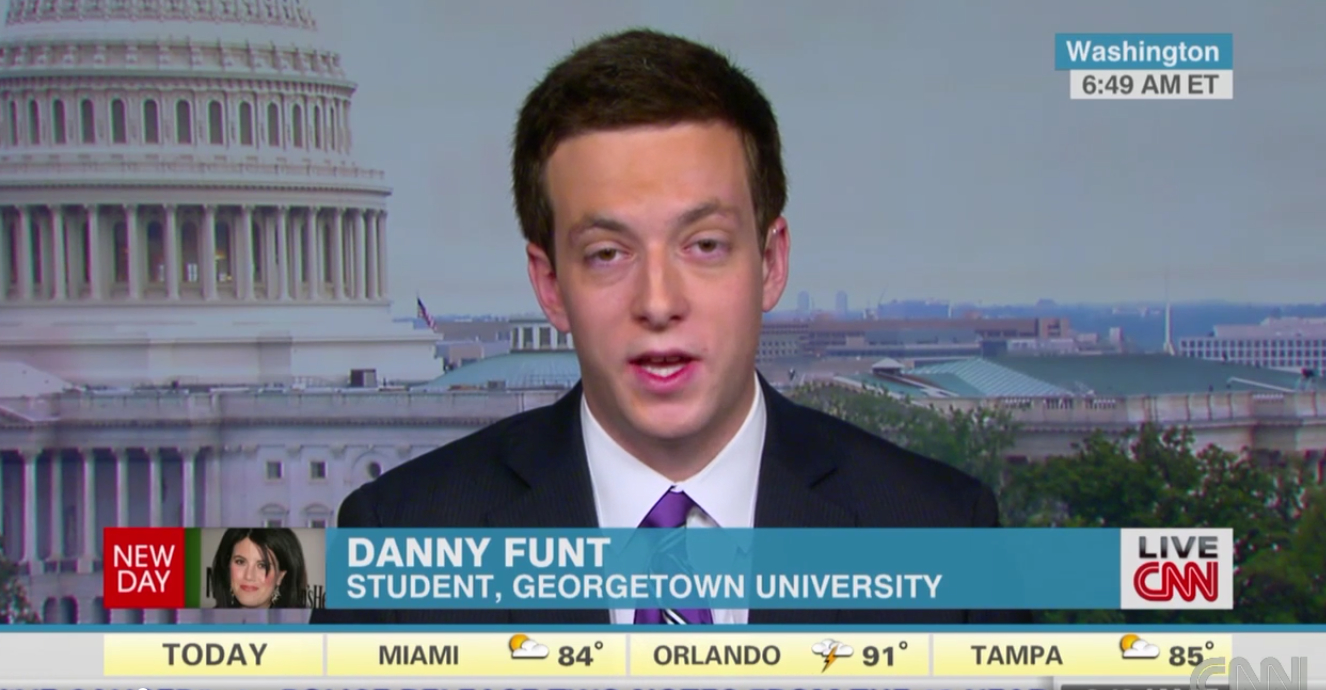 Sandpiper alumni achieve excellence in college and beyond 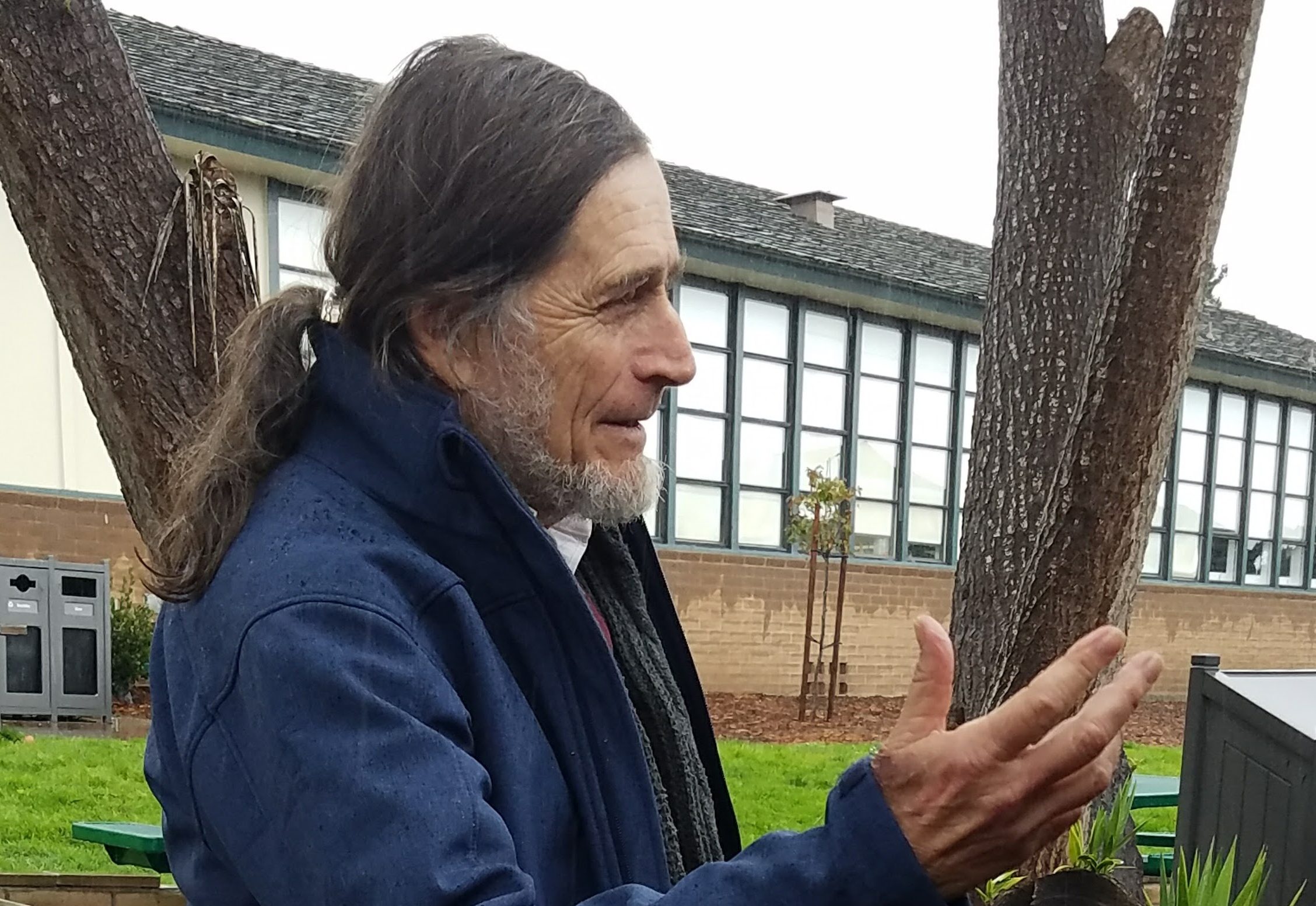 Engineers and educators sound off on the fracking debate