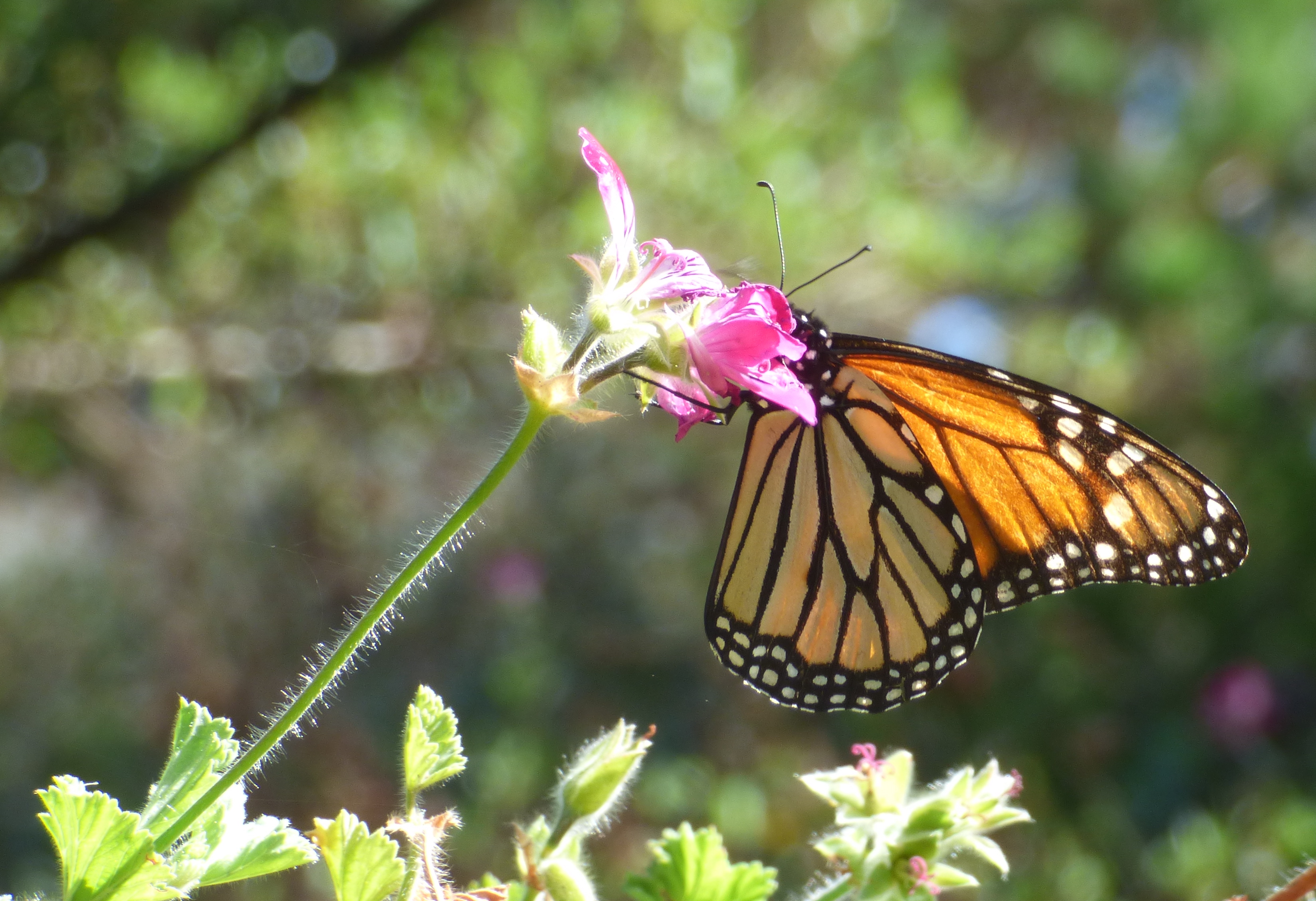 It’s a brisk, sunny afternoon in Pacific Grove, and a slight breeze ruffles the lace lichen on a Monterey pine; a brilliant orange butterfly, with stained-glass-patterned wings, floats lazily by and alights on a waving eucalyptus leaf. Welcome to the Monarch Grove Butterfly Sanctuary.

Here in Monterey County, the monarch butterfly (Danaus plexippus) is king. Besides being a great tourist attraction, the peaceful chains of them that spend the winter here bring to our community a sense of harmony.

But these wonderful insects are in peril: According to “National Geographic,” the number of monarchs migrating across the county has fallen from 550 million to 33 million in ten years.

“I mean it’s pretty stunning when you think about it…. Are we just seeing a natural fluctuation in population, or, like many species,…[is it] a loss of biodiversity?” speculates Jason Maas-Baldwin, CHS science teacher and Environmental Club advisor. 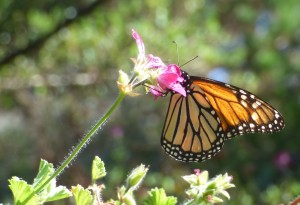 A monarch butterfly rests on a flower here on the Monterey Peninsula, where thousands of the insects annually migrate to spend the winter.

Almost exclusively, monarchs rely on a certain plant—milkweed—for survival, and as it declines so do the butterflies. While adult monarchs feed on nectar from native plants, caterpillars rely on milkweed’s distasteful sap to make them in turn unpalatable to predators.

In the Midwest, where monarchs migrate the tremendous distance from Canada to central Mexico, “they fly over a huge swath of the United States that is being farmed,” Maas-Baldwin notes, subject to “next-generation pesticides and…herbicides,” housing developments and habitat fragmentation, the monarchs’ epic journey has become a risky venture.

Here, though, the population we encounter travels a much smaller distance, primarily in California, and overwinters at locales on the mild central coast.

These specific overwintering sites, according to alternative energy expert Bob Danziger, whose Carmel Highlands property recently hosted 503 monarchs, contain stands of trees like eucalyptus that provide the ideal balance of sunshine and shade, windbreak and breeze.

To help our declining, variable population, Danziger started a project to freely distribute seeds of native milkweeds and flowers. His mission is simple: Get enough out there, and monarchs—who lay lots of eggs—will have a chance.

Danziger sees this solution to be quite sustainable.

Sergio Abarca, a postdoctoral fellow in atmospheric science at the Naval Postgraduate School who has volunteered as a docent at the Monarch Sanctuary in P.G., has seen that migration at its southern end, in the Mexican state of Michoacan, where his grandfather is from.

Abarca has visited one of these sites, an oyamel pine forest near Mexico City, and has seen how precarious preservation is.

“In rural Mexico, where the monarchs overwinter…the forest that [receives] the butterflies has been decimated by legal and illegal timber industry,” he says, and “lack of education and resources [prevents] them from swift and effective action.”

Abarca reminds us that we are lucky here on the Monterey Peninsula to have institutions like the Pacific Grove Museum of Natural History, whose outreach and work documenting populations is crucial.

Compared to the Midwest, where scale daunts conservation, or Mexico, where resources haunt education, this area has its work cut out for it.

“We just need to figure out for ourselves this much smaller area in one state,” Danziger enthuses. “So often with environmental stuff you don’t see the result. But this is something where we could really make a difference.”

So what can you do to help? In the near future, Maas-Baldwin and the CHS Environmental Club will be planting and giving out Danziger’s seed packets to interested students and staff, so keep your ears open for that.

Keep your eyes open as well.

“The second or third week of November is when the peak happens,” Abarca points out. “Go to a park, look where you can find flowers, [and] most likely you’ll see a few individuals.” Maybe even report your sighting to the P.G. museum.

But most of all, appreciate and enjoy.
-Michael Montgomery

Is an excess of 'things' the key to happiness? 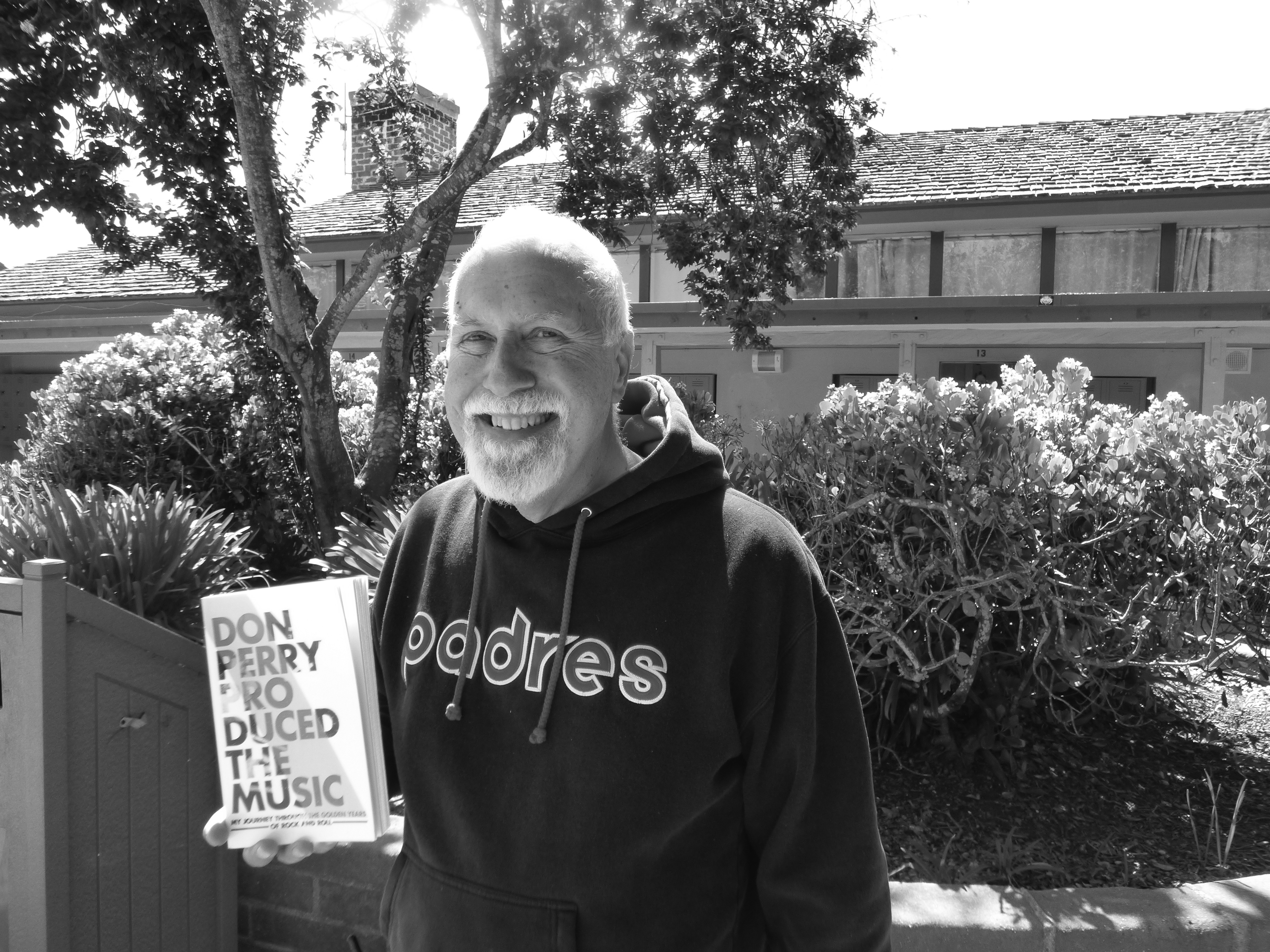 Dept. of Education cuts back on release of student records 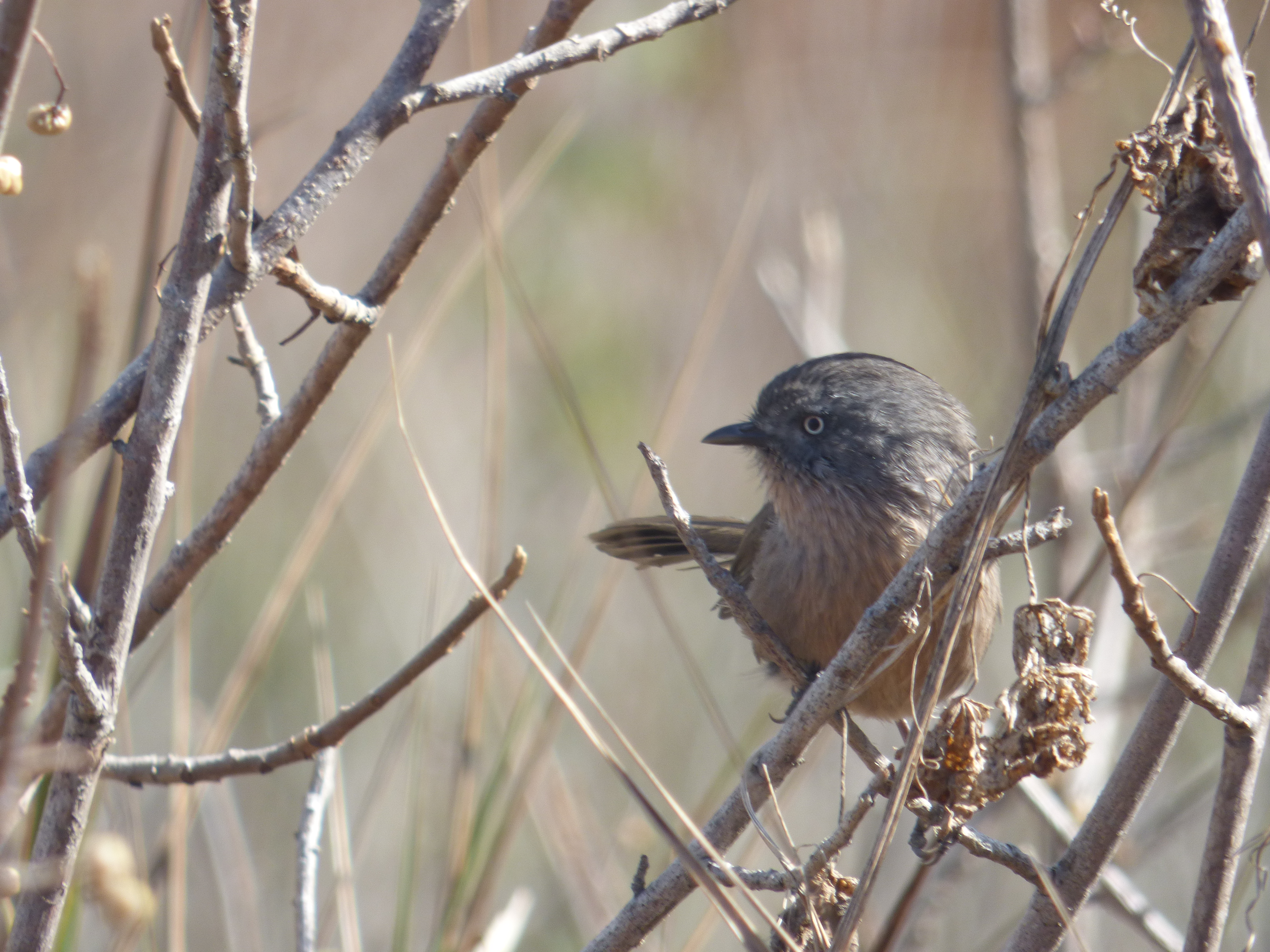