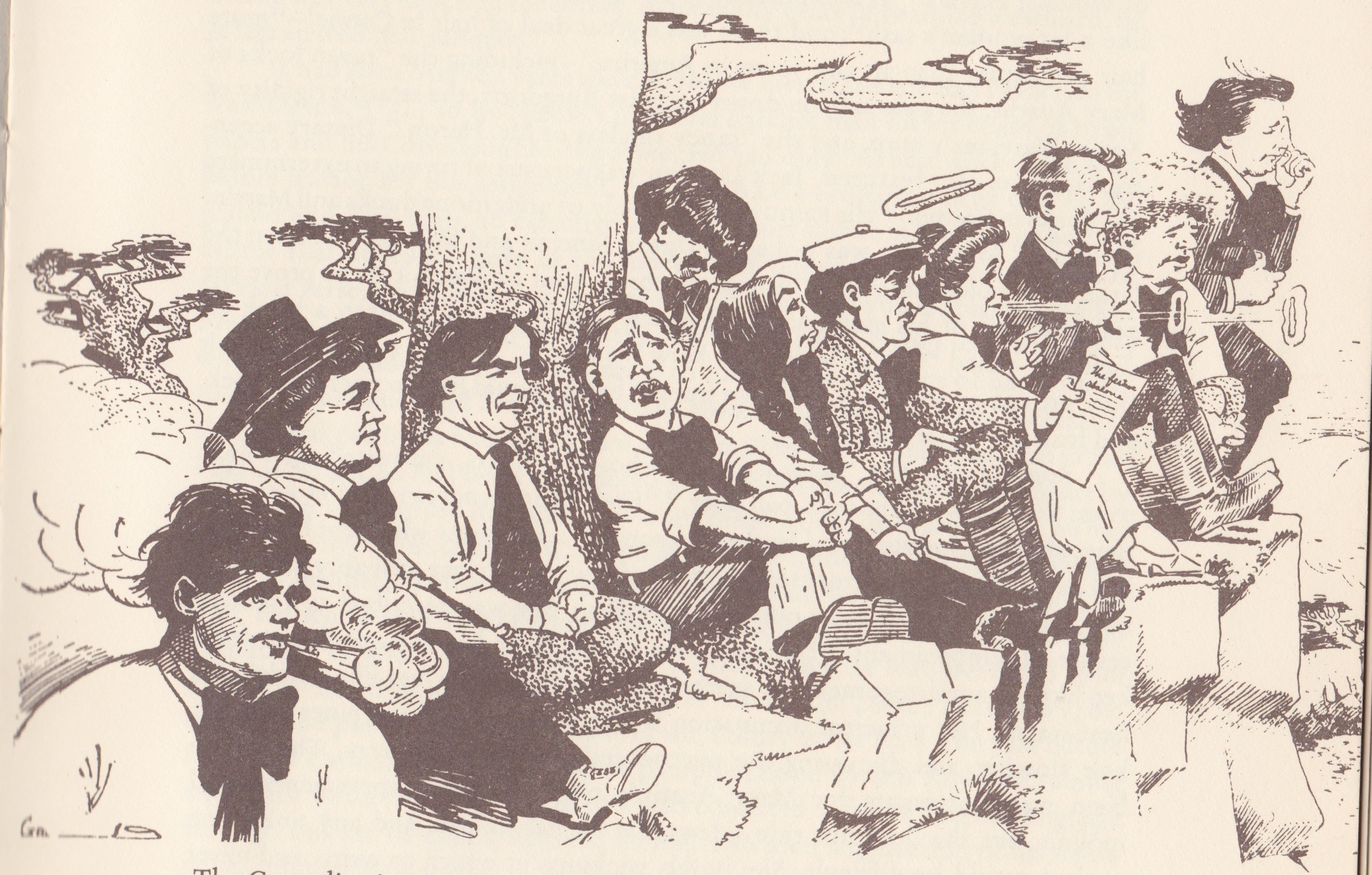 Picture this: you’re sitting in Devendorf Park. You can hear birds, cars and distant tour buses unloading tourists under the overcast sky. Maybe you have a saran-wrapped sandwich from Bruno’s.

At first glance, our beloved hometown might look pretty tame (after all, shops close at sundown and you need a permit to wear high heels). But upon closer inspection, a different narrative starts to congeal—the story of a time when Carmel was on the cutting edge of the avant-garde.

At the turn of the twentieth century, Carmel was hardly even a town: it was a bohemian haven, with unpaved streets and lanterns in place of streetlights. The city was not even incorporated until 1916—but as the years passed, Carmel gained a reputation for the artistry and innovation of its residents.

In 1910, Jack London visited Carmel (alongside Ernest Untermann, a mutual friend and fellow socialist, who painted dinosaurs and translated “Das Kapital” into English). London quickly hit it off with Upton Sinclair (author of “The Jungle”), who was also staying in town, and the two joined other artists and bohemians in collecting abalone at Point Lobos and drinking gratuitous amounts of alcohol.

Robinson Jeffers arrived in Carmel in 1914, and largely kept to himself—but while raising a family and building the now-famous Tor House, Jeffers wrote pastoral odes to the “pristine beauty” of the “rock and ocean that we were made from,” earning the respect of the American literary community.

The Carmel coterie eventually disbanded as the members went their separate ways—and as the sun set on these halcyon days, there was some nostalgia.

Ashlee Wright, a librarian at the local history branch of Harrison Memorial Library in Carmel, says that “even in the late ‘20s and early ‘30s, old-timers were talking about the ‘good ‘ol days.’”

“Carmel always seems to be struggling to get back this utopian ideal of itself, when it has never quite been there,” Wright says.

But somehow, the city kept showing up in the headlines.

In 1926, a megachurch radio evangelist named Aimee Semple McPherson vanished from a Los Angeles beach, spurring a media frenzy and nationwide grief. McPherson’s mother posted a $25,000 reward for information, Upton Sinclair wrote a poem mourning her death (“Oh, God, it cannot be that I, the bearer of Thy Word, should die!”) and two different people died in the search for her body. Then, a ransom note appeared.

A few days passed, then McPherson suddenly appeared in Agua Prieta, Mexico, claiming to have escaped from a band of torturers and kidnappers.

But as the dust settled, it came to light that Kenneth Ormiston, a married colleague of McPherson’s, had also vanished—and that five different witnesses had reportedly seen the two renting a beachside cottage in Carmel-by-the-Sea.

The charges against McPherson were eventually dropped, the controversy was forgotten, and the century carried on—but Carmel’s literary tradition picked back up when famed Harlem Renaissance poet Langston Hughes moved to Carmel in 1934. During this time, Hughes started work on “Blood on the Fields,” a political play recounting a strike in the San Joaquin valley, and completed “The Ways of White Folks,” his first collection of short stories.

While Hughes was in Carmel, the International Longshoreman’s Association went on strike, sparking McCarthyist animosity towards the Marxist John Reed Club (of which Hughes was a member). According to a biography by Laurie F. Leach, Hughes “felt singled out for special hostility” as the group’s only black member, and “retreated to San Francisco rather than risk a visit from any Carmel vigilantes.”

This event disillusioned some Carmelites, but the regional slant toward leftism remained—most famously, with John Steinbeck. Although Steinbeck’s works were ostensibly fictional, they told very real stories about agriculture and social tension in the Salinas Valley—where Cesar Chavez later led nonviolent protests and founded the United Farm Workers union in 1965.

Chavez’s efforts were aided by Fred Ross, a community organizer and contemporary of Saul Alinsky.

Saul Alinsky, the first (and last) radical political organizer to be immortalized in a Sufjan Stevens song title, died of a sudden heart attack on a Carmel street corner in June 1972. But before he shuffled off this mortal coil, Alinsky quipped that “history is a relay of revolutions.”

When we turn our attention to the history of Carmel, you can see this relay—a long line of people, places and passions, stretching back into a hazy fog. But if you look close enough, there are lessons to be learned and stories to be cherished.

So when you walk down Ocean Avenue with your hands in your pockets and the seagulls are honking with the car horns, just remind yourself that this land was inspiration enough for some of the 20th century’s greatest visionaries.

It doesn’t get much better than that.
-Christopher Good 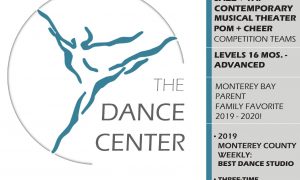